30 HISTORIAS: What I know about Valparaiso, and Santiago Wanderers 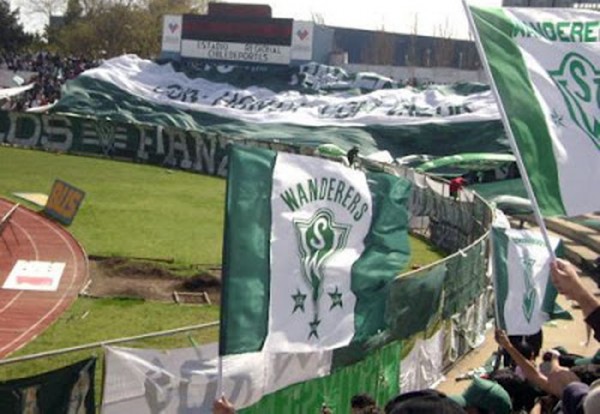 Santiago Wanderers is Chile’s oldest soccer team. It was founded in Valparaiso in 1892 and has called the port its home since then. Despite only having won 3 premierships it has strong support from the local residents.

When visiting Valparaiso you realise that Santiago Wanderers is more than just a soccer team that plays every Sunday – it’s an extension of the port itself.

As you walk through the fruit markets, you may see the flag hanging over stalls or even a vendor sporting the team jersey. You see little green flags (the team’s colours) inside taxis. Even the local buses are painted green and white.

The faded flags of Santiago Wanderers are hung inside old bars and restaurants. On weekends you see young adults at multiple street corners asking for spare change in order to pay for a ticket to see the match. They have their team jersey on, their cherished flag laid on the ground with half a dozen coins placed on top. There is no doubt as to where the money is going, it’s to see the 11 players wear the jersey at Playa Ancha Stadium.

At the end of the 2007 season, Santiago Wanderers were at risk of being relegated to second division. It’s not the first time in their history that this has occurred but no one wants their team to descend. Wanderers had one last chance to avoid relegation. If they beat Nublense (an interstate team) on home turf, then they could stay in the prized first division. 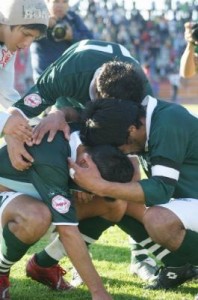 It’s sad to see the faces of fans as their hearts broke. Throughout the year, many fans put their troubles behind them and invest their emotion into their local football team. Who could blame them, when all else seems bleak, trust in your team, your city’s team and it will give you happiness.

I know what Santiago Wanderers means to porteños (people of the port) as I was born in Valparaiso and I have visited the stadium. Old grandmothers, toddlers, students and professionals, all loyal to their colours of green and white. I’ve witnessed how some die hard yet poor fans climb trees near the stadium to watch the team of their lives. Sometimes required to stand on one foot for 90 minutes. Valparaiso is a city of sacrifice. It’s very enchanting but it seems its glory days are behind it. Nonetheless, we porteños are proud of our city and proudly support its team regardless of whether its doing well or not.

We are beaten, we have lost, but we have not perished. We’ll be here tomorrow.